여름에 2013, Apple’s software chief Craig Federighi launched the location within buildings based on Bluetooth low energy wireless technology with the presentation of the mobile operating system iOS 7. The apple iBeacon was also rather casually used in listing the new functions for the proprietary process, which can now be used not only by Mobile Apple devices but also by smartphones with Android 4.3.

The core of apple iBeacon technology is small beacon devices – so-called beacons – the size of a matchbox, which can be installed either battery-powered or with permanent power connection in rooms or on objects. Smartphones can also act as a beacon and are attractive to companies that use iPads, 예를 들어, as information access similar to Apple’s in its stores. Such a beacon sends a unique identifier, the so-called UID (Unique ID), at short, regular intervals in the 2.4 GHz band.

If an app on the smartphone is configured to receive iBeacon signals and the smartphone is within range of a transmitter, the technology allows the location within a building to be determined. Similar to locating with mobile phone masts, iBeacon tracking works based on the signal strength mentioned in RSSI. iBeacon distinguishes between “즉시” (0 에 10 센티미터), “Nearby” (10 cm to 3 미디엄) “Wide away” (further than 3 미디엄) for the distances that iBeacon-receiving smartphones measure based on signal strength.

The possibilities of iBeacon technology can be explained by a visit to the museum. As soon as the iPhone detects the first beacon in front of the museum’s doors, the museum app starts in the background and greets the visitor with information about current exhibitions. Once opened, the iPhone becomes a source of information with texts, images, and videos. The system locates the user and knows, 예를 들어, which exhibit he is currently in front of. The prerequisite is that the content is already available on the smartphone or can be reloaded via an internet connection. IBeacons do not send any data except for the UID.

하나, the respective UID can also ensure that the iPhone loads the appropriate audio file and takes over the function of a location-specific audio guide during the entire visit. This works without having to make a selection or jump to the next title. Thanks to the cheap beacons, even museums with small budgets are able to provide their guests with an informative stay by text and sound. Expensive audio guides could soon be a thing of the past.

IoT Beacon technology is a standard based on Bluetooth Low Energy (BECAME) for navigation in closed rooms. Apple used the English term for the beacon to name the iBeacons.

Beacon is a transmitter or receiver based on Bluetooth Low Energy (BECAME) or Bluetooth Smart technology. 원래, this is a radio technology that can be understood as a further development of Bluetooth. It has been known for several years, but with a major marketer, Apple becoming known to a wider audience under the name iBeacon. Smartphones and tablets are equipped with this technology from iOS7 and Android 4.3 respectively and are therefore susceptible to beacons.

Like beacons, the transmitters allow smartphones and other receivers to determine their position. 닫힌 방에서, apple iBeacon enables a much more precise location determination than the standard technologies GPS, WLAN and cellular network.

BLE has been an extension of the industry-standard Bluetooth 4.0 since December 2009 and network devices in an area of ​​approximately 10 미터.

As with any radio technology, you first need a transmitter and a receiver: these are called beacons. its range is about 50 미터, but it is also spoken of up to 75 미터, depending on the level of development and manufacturer. Data transmission between devices uses far less energy than the predecessor Bluetooth, which results in low battery consumption on the smartphone, 예를 들어. The cost of the transfer also remains low. Large amounts of data are not suitable for exchange because the transfer rate is relatively low. The beacons themselves are operated by battery or less frequently direct power connection.

A device cannot be addressed by a beacon until appropriate software (app) is installed. As soon as a compatible smartphone or tablet is in the scope of a beacon, these push messages can be sent. If several beacons are placed in the radius of action, the location of the receiver can also be determined relatively precisely.

Apple iBeacon are already in use in many places to locate visitors in a shop and to send location-dependent offers to the respective terminal device. 예를 들어, beacons are used at Hamburg Airport, which measures the time spent in various shops and rewards them with rewards.

Some events, 차례로, navigate visitors using beacon technology. This use can be observed especially at events in the digital industry.

Since the summer of this year, San Francisco Airport has been using about 300 beacons the size of a bottle cap, distributed throughout the airport, to make it easier for visually impaired people to navigate the building. The Bluetooth signals, which send the battery-powered beacons of the Austrian manufacturer indoors, which cost about 20 US dollars (equivalent to 16 유로), are received and processed by an app. This indicates striking locations using the built-in reading function. A list of shops and other places also allows navigation through the airport.

Content not available.
Please allow cookies by clicking Accept.
If you want to experience iBeacon in action in this country, you only have to pay a visit to MOKOSmart. We recently installed an unknown number of beacons there, 어느, in combination with the Lufthansa app for iOS, indicate the next Lufthansa lounge or the waiting time at the security check. In London Gatwick, London Luton and the French hub Charles de Gaulle in Paris, 하나, low-price competitor Easyjet has launched a first test run with beacons. The airline’s app will also serve as a navigation aid and will remind you to open the electronic ticket at the security check and other controls.

The fact that beacons will increase in importance and distribution in the coming year is primarily due to the wide availability of hardware and software solutions. While companies like Bluloc position themselves as universal service players, other startups like Asandoo are tinkering with iBeacon-based home help systems for the elderly. “It gets really interesting when you look at beacons as a mobile companion and complement to the smartphone,” says Stephanie Renda, managing director of match2blue. The specialist of mobile applications and context-sensitive solutions works on beacon products for different target groups. With lilalarmi, 예를 들어, a small signal transmitter for the whole family will be launched at the beginning of 2015.

The app Barcoo, which is one of the original rocks of the App Store, 반면에, consistently drives the marketing track and shows in cooperation with My Muesli how iBeacon-based marketing can be operated at the store level. If you stroll through the Viktualienmarkt in Munich and pass the My-Muesli-Shop, you will receive a push message via the Barcoo app, which informs about new products or invites you to a coffee.

With regard to iBeacon-enabled receivers, the release of the iPhone 6 and iPhone 6 Plus has ensured a further spread. Before the launch of the iPhone, the market share of iBeacon-enabled iPhones among all iPhones was already 73 퍼센트. With a market share of 42.1 percent in the U.S. 시장, nearly one in three smartphones was an iBeacon-enabled iPhone before the launch of the new iPhones. For smartphones running Android, at least version 4.3 is required, which Google says is installed on more than a third of all devices. So good conditions are for 2015 to be the year of the Beacons. 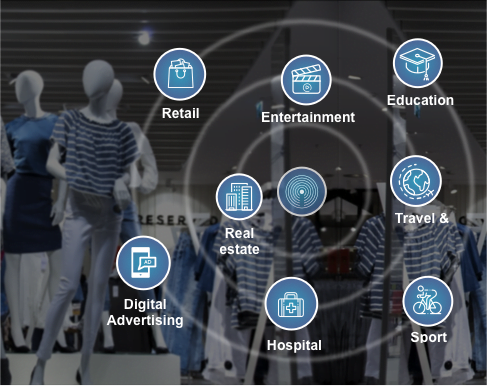 A typical configuration could include an ARM processor, a chipset from Nordic Semiconductor or Texas Instruments, a Bluetooth Low Energy (BECAME) 기준 치수, and a battery. The devices are energy-saving and cost-effective with a battery life of several years. Beacons are often designed to function like lighthouses and emit an intermittent signal that can be detected by a nearby unit. Instead of the light signals that ships transmit, a beacon emits a radio signal that can be received by mobile devices equipped with the associated app.

With apple iBeacon technology, many other applications are possible. The same precision in targeting that consumers find allows communication with someone standing in a particular place in a stadium, in front of a museum installation, or a work of art in a gallery. The technology can give users instructions or maps to airports such as gates, 티켓 카운터, shops and restaurants, and identify the nearest elevators, toilets and free phones. Similar apps can help people in other major institutions like hospitals and help them find their cars when they leave these places.