Bluetooth 저에너지를 기반으로 Apple에서 개발 한 iBeacon 프로토콜은 다양한 장치에서 지원됩니다.. The article explains iBeacons and Bluetooth Low Energy and uses the example of developing an Android app for location-dependent shopping lists to show the location-dependent interaction of an app with iBeacon android. The implementation is based on MokoBeacon and the associated SDK.

iOS 7 currently offers developers the best prerequisites for integrating iBeacon into apps. Since iOS 7, the operating system even starts apps that are no longer in memory if it has discovered an iBeacon registered by them or loses its signal. Registration for this takes place via the core location framework, which is easier to use than core Bluetooth. The most well-known iBeacon android and iOS app are MokoBeacon. It takes action when selected events occur. 예를 들어, it creates a calendar entry when you come home.

Sensorberg relies on a complete package consisting of hardware, software development kit and software for the management of the iBeacons, the app content and user interactions. The Sensorberg solution was used, 예를 들어, in the app for Cebit 2014, which is available for iBeacon Android and iBeacon iOS. The app provided training places, internships and a job offer on the smartphone at selected trade fair locations.

When users find an iBeacon app useful and when it annoys them will largely determine the quality of the information and functions provided. Oelling explains: “Location services, not location marketing”. 따라서, only apps with utility will be successful. Annoying apps fly off the phone, negative reviews do the rest.

The iBeacon can e.g. be used to identify certain positions such as “work” 또는 “home”. Predefined actions can then be triggered in the smartphone. E.g. the WLAN can be switched on and off automatically when the user leaves or enters their home.

With various apps, these functions can also be implemented based on GPS data or cell towers, but both alternatives have disadvantages. GPS tracking uses a lot of energy and does not work in buildings. The location with cell towers is not exactly accurate. In rural areas, a cell tower may be visible for several kilometers. With iBeacons, it is only a few meters. It can even be used to identify individual rooms within a house. As a last resort, there would still be WLAN, since it also broadcasts its SSID regularly. 운수 나쁘게, this fails because the cell phones switch off the WLAN hardware to save energy, but not the Bluetooth receiver.

The actual ID of the iBeacon. In practice e.g. all Vodafone Beacons have the same UUID. 이런 식으로, there is no need to maintain a list of valid beacons in the app. The shop can then e.g. Be identified via major and minor.

The idea is that all shops get the same UUID. Major could be used to identify the department (전자 제품, clothing, delicatessen, ..). Minor would then be used, 예를 들어, to identify the shelf (“keyboards” shelf in the “Electronics” department). 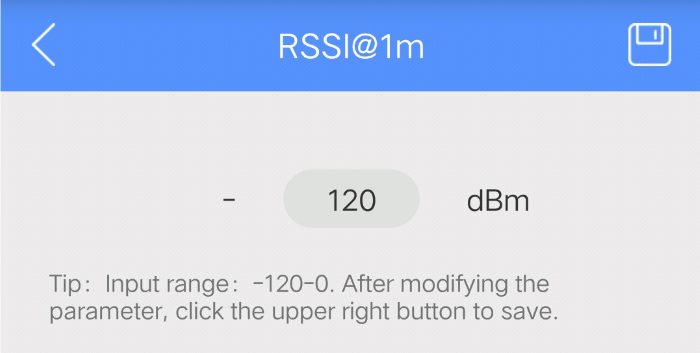 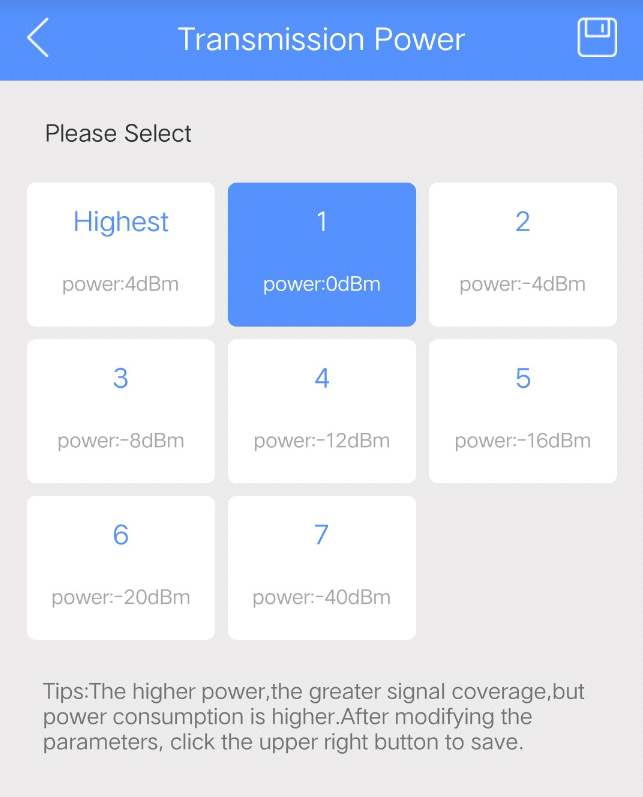 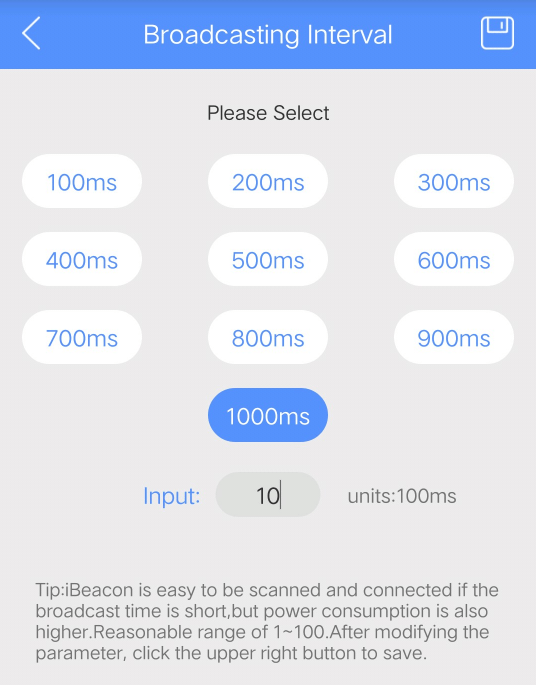 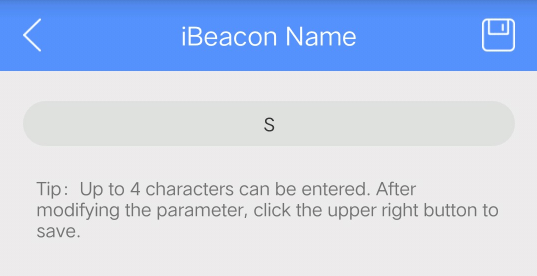 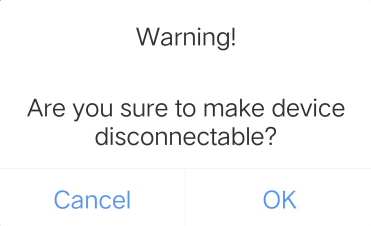 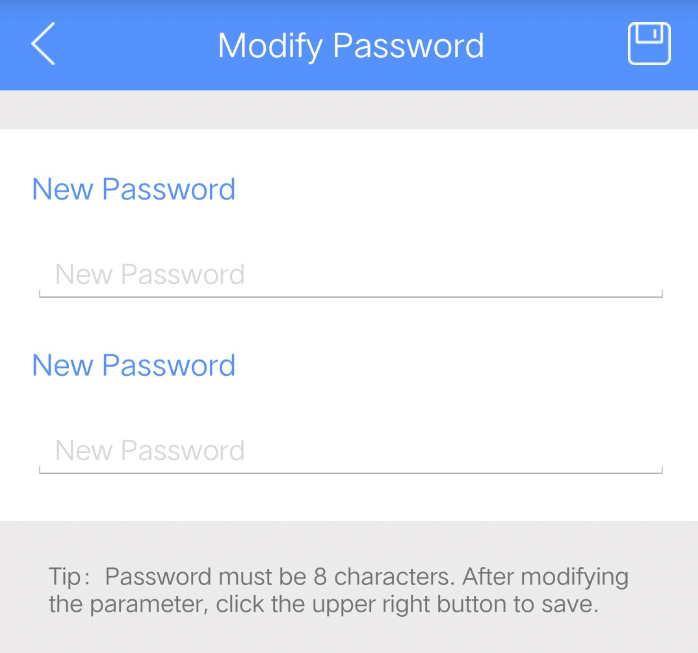 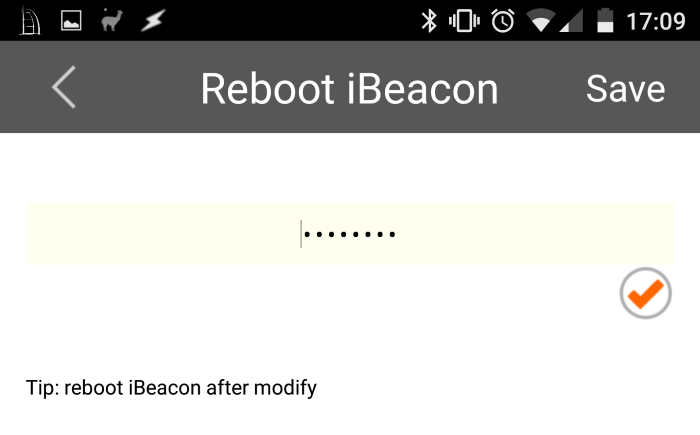 This step is important, otherwise, the changes will not be accepted. I don’t know what the catch is for, but I put it. The first time the Moko4321 password set at the factory must be entered here. 그렇지 않으면, the process will fail without any error message 🙁 Of course, the second time, your own password will be used.

IBeacon technology offers an ideal way to trigger location-dependent actions on the mobile phone. Due to the low cost and low energy consumption, several beacons can be used without any problems. Since the beacons distinguish between three distance ranges, actions can also be triggered if the smartphone is located directly next to the beacon (예 :. at the bed).

As the name suggests, the iBeacon technology was introduced by Apple in 2013. Beacons are small radio transmitters that can be installed, 예를 들어, in a shop or in a museum and send certain information to customers or visitors. BECAME (블루투스 저에너지) is used here. This is not a new technology but already occurs in pulse watches, 예를 들어. 하나, radio transmitters do not have a very long range. 하나, beacons do not contain any other technology that the mobile device or the user can personally recognize or even monitor. An app that supports iBeacon is also required. If no app for the technology is installed on the mobile device, the smartphone, 예를 들어, does not react to an iBeacon installed in the store.

If a corresponding app is installed and the device comes close to a beacon, the system activates the app. 이것을하기 위해, the app receives a signal from the beacons and thus knows that there is a certain iBeacon nearby. What happens in detail is always different, depending on the app and operator. In some cases, 예를 들어, only one message is displayed, in other offers or vouchers are presented. Each iBeacon has a specific identifier, also called UUID (Universally Unique Identifier) ​​in technical jargon. With this, the app can also search for further information via the Internet and display it to the user.
하나, the apps can not only recognize the beacons in their vicinity, but they can also determine how far they are from the respective handheld. There are three different distances:

3. Direct (거리 “즉시”)
This means direct proximity. 예를 들어, if the user is standing directly in front of a painting in a museum, the app can provide specific information about the art object.

게다가, it must be said that the determination of the distance is already relatively good, but not exactly. The exact position can deviate a few meters from the exact location.

이미 언급했듯이, Apple introduced iBeacon. For developers, iOS8 is the best environment for integrating iBeacons into apps. But iBeacon can also be used on Android devices. 하나, this does not go naturally. 하나, there are several providers that provide different solutions for this.
A well-known and free solution comes from Radius Networks, 예를 들어. A program library is provided here, consisting of the API required for using iBeacon and an iBeacon service.
Sensorberg presents another solution. With the package of hardware, software development kit and software for the management of the iBeacons, the content of the app and the interaction of the users, everything is included that is needed for the implementation.

하나, it must be ensured that the smartphone or tablet supports BLE technology and has a compatible chip. This is already guaranteed at Apple from the iPhone 4S. But many of the Android devices already carry such a chip. Like the HTC One, the Google Nexus 4, 5, 7 과 10 and the Samsung Galaxy smartphone from S3.
하나, not only the hardware is crucial, but also the software. BLE from version 5 is supported on iOS. With Android only from version 4.3. If the hardware is correct, but the software is not, there are solutions such as custom ROMs to upgrade the smartphone or tablet.