Tag from Texas Instruments, which in addition to its function as an iBeacon can also measure temperature, vochtigheid, druk, and acceleration. The Sensor Tag also comes with a gyroscope, a magnetometer, and two hardware buttons. The ideal device to remotely control presentations while transmitting and displaying the moisture and temperature of the speaker’s hands. I think my next sandpit project will be stage fright-o-mat. You can find a detailed list of devices on the official Bluetooth website. 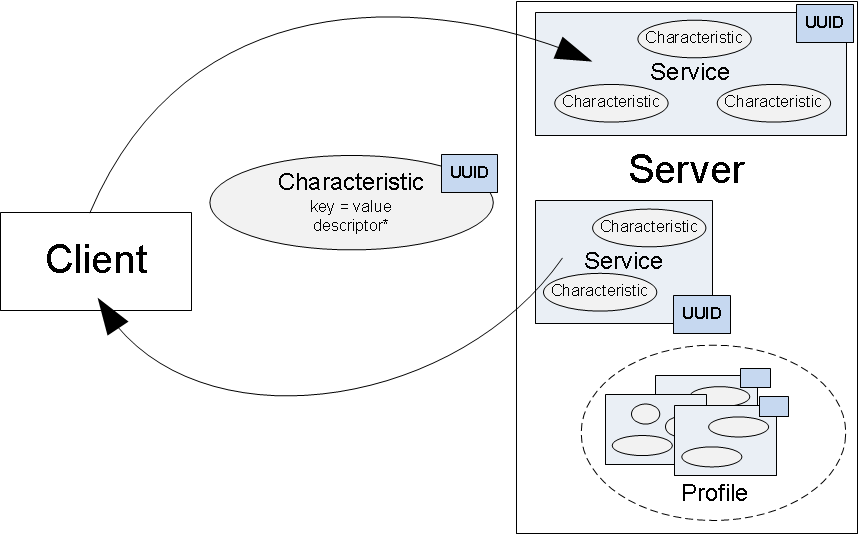 So what are iBeacons? iBeacon is a very simple technology (and a trademark of Apple that enables location-dependent interaction with applications. A beacon sends out a signal that can be received with BLE-compatible devices and processed by applications installed on it Signal contains the identification of the beacon and the reception strength. iBeacons themselves are, daarom – contrary to inaccurate statements in the press – unable to deliver content or track customer behavior. This is the responsibility of the receiving applications and therefore developers.

Larger deployments of iBeacons in Germany will probably be a long time coming, but there are some examples from the USA and the Netherlands. Bijvoorbeeld, Major League Baseball has equipped 28 stadiums with iBeacons and uses them, onder andere, for check-ins in the MLB app “At the Ballpark”.

The prime example in terms of size comes from Apple itself. Over 250 Apple Stores have been equipped with iBeacons. In combination with the Apple Store app, location-dependent messages are sent to buyers who are in the store. Echter, the possible interactions currently seem to be quite limited: First reviews report only two different (and quite generic) messages that they would have received. Special offers or specific information about individual products nearby were not offered.

iBeacon SDK does not use a separate BLE profile, but rather Bluetooth advertising packages, d.w.z. broadcast packages, which are used to discover Bluetooth devices. If you are interested in the exact structure of the package, you can read this, bijvoorbeeld, on Adam Warski’s blog.

Such a package is sent at regular intervals that can be configured via GATT. It contains the UUID of the beacon, which is typically preconfigured by the manufacturer. So all MOKOSmart beacons send the same UUID. Major and minor IDs are also used to identify the individual beacons. Major IDs can represent, bijvoorbeeld, a branch of a shop or a restaurant in a franchise chain, the minor IDs a single shelf or a table.

Verder, the signal strength is included in the advertising package, which can be used to measure the distance of the receiver from the beacon. Echter, you cannot expect high accuracy here, since the signal can be obstructed by spatial obstacles such as furniture or people.

IBeacon SDK offers two concepts for the interaction of an app with this information: ranging and region monitoring. When ranging, the distance to the beacon is determined. Due to the inaccuracy mentioned above, this takes place in only three stages. “Onmiddellijk” is a distance of a few centimeters, “In de buurt” is a few meters and “Ver” is a distance of over ten meters. Ranging is only possible if the receiving app is active.

This is not necessary for region monitoring. In this mode, an inactive app can also be notified when entering or leaving a region defined by one or more beacons. At the latest now it is becoming clear what makes this technology attractive for advertising and retail. In aanvulling op, for most beacons, the transmission strength and the interval can be configured in order to optimize the battery life based on local conditions.

“Most beacons” implies that there is more than one manufacturer of iBeacons on the market. In fact, there are quite a few: MOKOSmart, Kontakt.io, Ijs, Ik waardeer jou, and Gimbal. In addition to the hardware, these manufacturers also offer iBeacon SDK service and cloud solutions for the management of beacons. The hobbyists among us can set up iBeacon transmitters themselves with relatively little effort using Raspberry Pi or Arduino.

Let us assume the following situation for the implementation example: The developer is in the supermarket on Saturday morning. Hungry children are waiting at home and in the afternoon there is a bake sale at school. Only then will the weekend really start. So good reasons to hurry up. helaas, the shopping list is long and not adapted to the layout of the supermarket. If the supermarket were equipped with iBeacons in the different departments, a shopping list app could highlight the appropriate entries and significantly reduce the stress level of the (of course completely fictional) developer.

Our prototype consists of a simple, pre-filled list and pre-defined regions, d.w.z. departments in our supermarket. A list entry knows which region it is assigned to. In our example, we only assign one beacon to each region. It is also possible to combine a list of beacons into one region. The main activity is responsible for recognizing the current region and forwards this information to an adapter, which is responsible for highlighting the list entries. In aanvulling op, we add the option to select the active region without beacons to make our UI testable without additional hardware.

We saw that interacting with iBeacons using the MOKOSmart iBeacon SDK is easy to do. So I don’t expect major hurdles in the technology of implementation, but rather in the deployment of the beacons and the tuning of transmission power. These parameters have a direct impact on the responsiveness of the application when the location changes. In elk geval, the balancing should be difficult.

For particularly interesting, bijv. B.. in the area of ​​home automation, I consider the combination of iBeacons with sensors, as in the Sensor Tag from Texas Instruments mentioned above. Estimote will also launch mobile beacons with motion and temperature sensors on the market with Estimote Stickers. The first developer previews should have been delivered at the end of October 2014, but no kits were shipped by the end of 2014.