With DSSS, the phase of the carrier is dynamically shifted according to a precalculated code sequence. A number of successive codes are applied to each bit to be transmitted. This sequence of phase shifts for each bit produces a signal that changes much faster than the carrier, thus spreading the data over a wide frequency band. The higher the number of code pulses (chips) per bit, the higher the scatter factor. This spread makes the signal less susceptible to interference, but reduces the effective data rate and increases the power consumption per bit transmitted. Because the transmitter is more resistant to interference, it can reduce the overall power level. DSSS, therefore, offers lower power consumption with the same bit error rate. DSSS causes electricity and investment costs, which limits the application in IoT nodes. 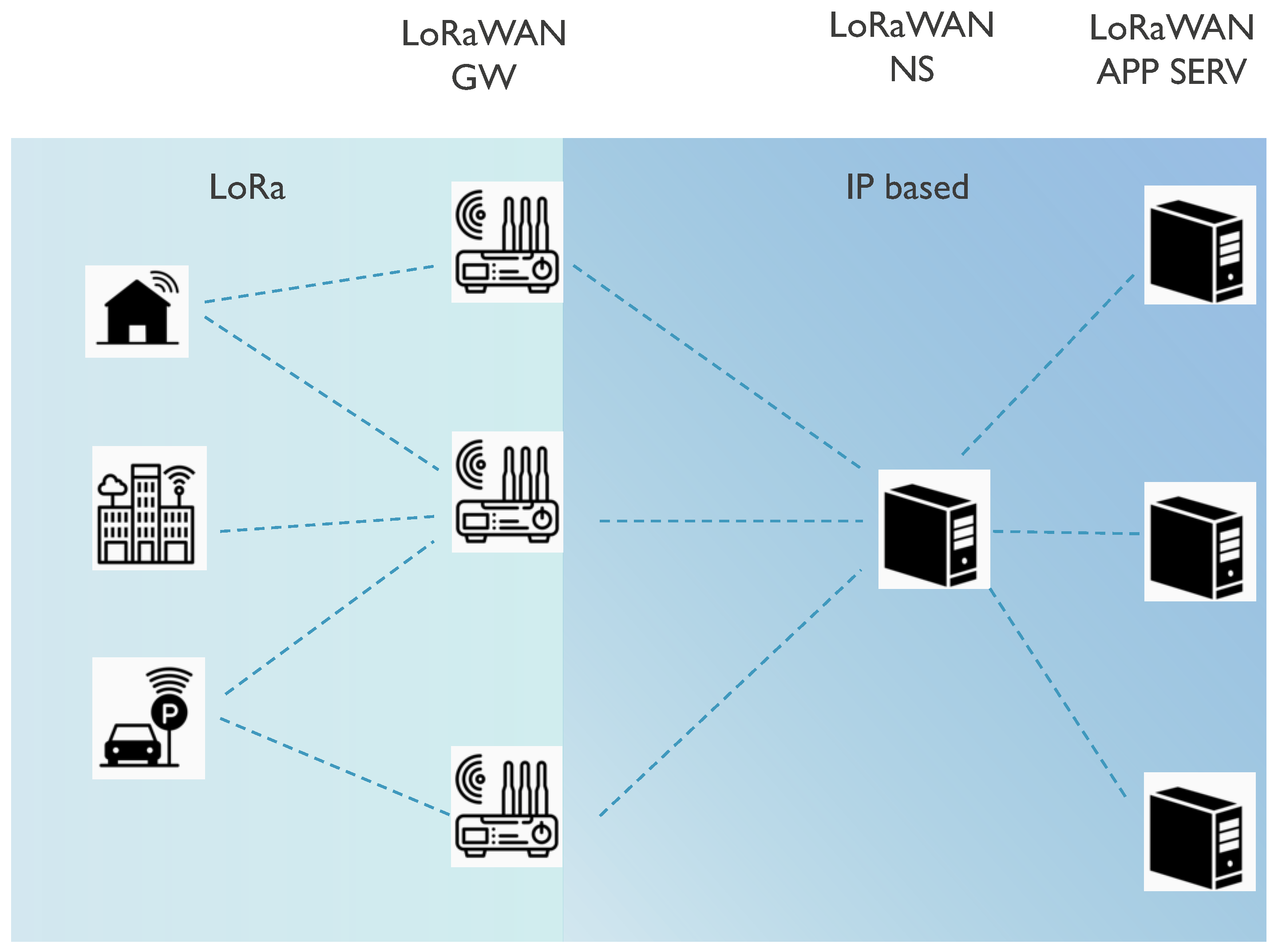 Like DSSS, LoRa can vary the number of code chips per bit. The standard defines six different scattering factors (SF). With a higher SF, the range of a network can be increased – but with more performance per bit and a lower overall data rate. With SF7, the maximum data rate is approximately 5.4 kbit / s and the signal can be considered strong enough at a distance of 2 km – although this distance depends on the terrain. With SF10, the estimated range increases to 8 km with a data rate of slightly less than 1 kbit / s. This is the highest SF in an uplink: a transmission from the node to the base station. A downlink can use two even larger SF. The SFs are orthogonal. This allows different nodes to use different channel configurations without influencing each other. In addition to the physical level that prepares data for CSS modulation and transmission, LoRaWAN defines two logical layers that correspond to levels 2 and 3 of the layered OSI network model (Open Systems Interconnection).

A LoRaWAN gateway cannot activate a class A end node if it is in the idle state. He has to wake up by himself. This is due to local timers or an event-controlled activation, which is triggered by an event at a local sensor input. Actuators such as valves in a fluid control system must be able to receive commands sent by a network application – even if they have no local data for processing and communication. These devices use Class B or C modes.

The device also has a unique identifier worldwide. To make it easier for devices to identify their gateway connections, each network has its own identifier in a list managed by the LoRa Alliance. Computers that are identified as join servers are used to authenticate the AppKey of any device that wants to join the network. Once the join server has authenticated the AppKey, it creates a pair of session keys that are used for subsequent transactions. The NwkSKey is used to encrypt messages that are used to control changes at the network level, e.g. to set up a device on a specific gateway. The second key (AppSKey) encrypts all data at the application level. This separation ensures that the user’s messages cannot be intercepted and decrypted by a third network operator.